Non-union employers, this goes for you, too!

An employee's use of bad language doesn't necessarily mean that the employer can take action against him. Even if the language arguably violates the employer's no-harassment policy.

If the bad language concerns terms and conditions of employment, it may be protected by the Section 7 of the National Labor Relations Act. If so, and if there is a "causal relationship" between the protected concerted activity and the action taken against the employee, the employer's action would be an unfair labor practice.

A decision from the U.S. Court of Appeals for the District of Columbia Circuit that came out this week really drives this point home.

Before 2013, a union employer in West Virginia scheduled overtime by asking individual employees to volunteer. If an employee agreed to work overtime but didn't show, no disciplinary action was taken. (I know!)

Then, in 2013, the employer decided to tighten things up. An overtime sign-up sheet was posted near the lunchroom and time clock. Employees who wanted to work overtime had to sign up a week in advance, and if they didn't show up as scheduled, they were subject to disciplinary action.

The employees hated the new system, and the Union filed an unfair labor practice charge against the employer for making the change without first bargaining with the Union. In addition, 50 employees filed grievances, and several refused to sign up for overtime as a protest. Because of the "overtime boycott," the company had to "assign mandatory overtime, change work schedules to meet production needs, and use outside contractors."

But . . . six months after the use of the hated sign-up sheet began, Andrew "Jack" Williams wrote "Whore Board" on the top of each page of the sign-up sheet. (The court's decision, linked above, has a picture.) The employer investigated, Mr. Williams admitted having done it, and the employer suspended Mr. Williams and then terminated his employment.

The National Labor Relations Board found that Mr. Williams was unlawfully terminated for engaging in protected concerted activity. The case went up to the D.C. Circuit, but the court sent the case back to the NLRB because of this little wrinkle:

In 2012, the company got clobbered with a $1 million verdict in a sexual harassment case brought by some female employees. In addition, the employer had a no-harassment policy and code of conduct that prohibited inappropriate behavior. So the D.C. Circuit said that the NLRB should reevaluate its decision in light of the employer's legitimate interest in maintaining a harassment-free workplace. 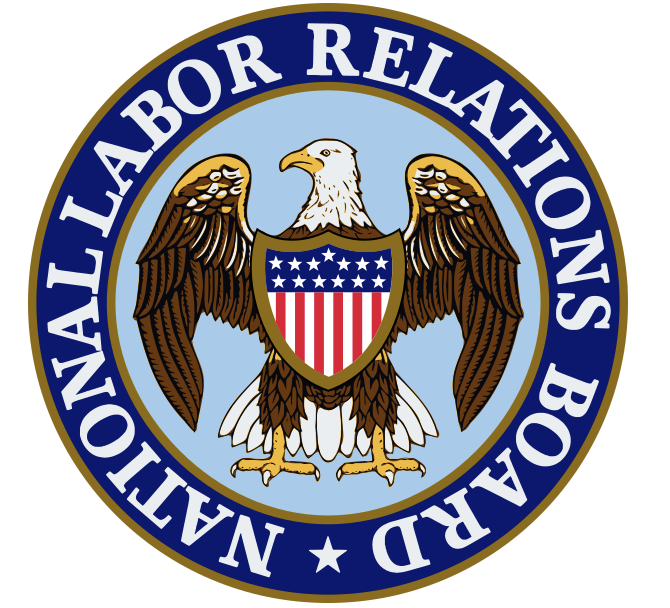 [The employer] could have avoided NLRA liability by showing that it had a history of enforcing laws and policies against discrimination and harassment in a consistent manner, or by showing that it was turning over a new leaf in that regard . . . but it showed neither. . . . [W]e find no evidence . . . that [the employer] began enforcing any such standards prior to Williams.

You wouldn't believe what employees can say

You may recall a 2017 court decision, which I have written about, in favor of an employee who posted some very nasty words about his supervisor on Facebook. Here is what I said (and what he said):

Remember this famous case from a few years back? An employee got mad at his supervisor and during his next break posted on Facebook, "Bob is such a NASTY MOTHER FU**ER don't know how to talk to people!!!!! Fu** his mother and fu** his entire fu**ing family!!!! What a LOSER!!!! Vote YES for the UNION!!!!!!!"

As one might expect, the employee was fired, but the National Labor Relations Board said that he was engaging in protected concerted activity, and the U.S. Court of Appeals for the Second Circuit agreed.

Going back to our "whore board" case, the NLRB takes the position that an employer can enforce its no-harassment policies without violating the NLRA. Put another way, if an employee's concerted activity violates the employer's no-harassment policy, then the employer can take appropriate action based on the harassment. The Equal Employment Opportunity Commission, which enforces the federal anti-discrimination laws, agrees. But this week's court decision shows that the no-harassment policy has to have some teeth. Employers will be much more likely to prevail on this defense if they not only have a harassment policy in place but also conduct harassment training on a regular basis, have an effective complaint procedure, and take prompt remedial action against all employees who violate the policy -- not just those who exercise their Section 7 rights.