Non-union employers should pay attention to the NLRB - here's why

The National Labor Relations Board has taken the position that many garden-variety employment policies violate the law. These rulings place employers in a “Catch 22”—if employers rescind the policies, they could have trouble defending themselves in unemployment cases, wrongful termination lawsuits, or before government agencies like the Equal Employment Opportunity Commission. But if they keep the policies, they risk liability for unfair labor practices under the NLRB rules, which, by the way, apply to non-union as well as union employers. I am grateful that David Phippen, a labor lawyer and labor law analyst in my firm’s Metro Washington D.C. office, agreed to be interviewed on this very hot topic.

David, thank you for being with us today. We hear all the time about "Section 7 rights" and "protected concerted activity." Especially for our readers who are non-union, can you briefly explain what these mean? 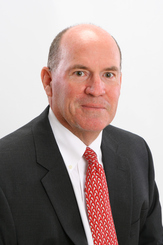 Section 7 is the part of the National Labor Relations Act that generally gives employees the right to join a union, engage in collective bargaining through a union, to engage in other “protected concerted activities,” or to refrain from such activities.

For the concerted activity to be “protected,” it has to relate to wages, hours, and other terms and conditions of employment. In other words, essentially almost anything related to employment. The current Board views protected activity broadly.

The typical forms of protected concerted activity are organizing, picketing, strikes, protests, complaints, publicity, attempting to gain leverage or power, or publicizing a matter of concern. These activities are broadly allowed and generally protected if they are not illegal and they do not disparage the employer’s product. Violence, property damage, or threats are typically thought to be unprotected, though the current Board majority may be shifting that view somewhat when it comes to threatening behavior.

What is the NLRB's position - in general - about employer policies?

The Board’s position – or, more accurately, the position of the three Democrats on the five-member Board, if recent decisions and statements are any indication - is that employer policies or actions generally will be found to violate the NLRA if they either (1) expressly restrict employees’ exercise of their Section 7 rights, or (2) could have a “chilling effect” on the exercise of those rights, in the opinion of the Board.

This has resulted in decisions from the Board saying that some pretty routine employer policies are unlawful, including confidentiality policies, and policies requiring that employees be courteous and respectful to each other.

The problem with the approach of the current Board majority is that it is applied without balance or any acknowledgment of its practical impact for employers and the workplace. Even if a given policy has no reasonable chance of “chilling” the huge range of potential protected activity, the Board is often finding the policy unlawful.

Does the same thing hold true for agreements – contracts - between employees and their employers? For example, confidentiality and non-disclosure agreements, or arbitration agreements?

Yes, the problem can arise in any policy, rule, contract or agreement that the employer enforces or might enforce with respect to employees covered by the Act. 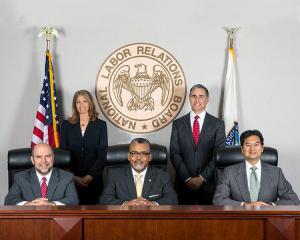 Can you talk about some of the common employment policies or agreements that may be problematic from an NLRB standpoint?

Sure. Confidentiality policies of any sort and confidentiality agreements are drawing scrutiny in NLRB region investigations of unfair labor practice charges. This would include restrictions on discussions about personnel information, wages, benefits, or discipline. It would also include rules prohibiting employees from contacting “outsiders” – like the media or government agencies – about workplace issues, and of course, it also includes social media policies and “blanket” confidentiality rules in workplace investigations.

Civility, “respect,” anti-harassment and abuse, and non-disparagement policies are also getting attention. Anti-harassment policies that are narrowly written are generally all right, even in the eyes of the NLRB, but to the extent that they go beyond discriminatory harassment and require “respectful,” “courteous, “ or “civil” behavior, they are targeted.

Policies or agreements mandating arbitration or other alternative dispute resolution are also under attack, with the Board taking the position that employees cannot waive their rights to deal with matters on a class, collective or group basis, such as through a class action in court. To date, most courts appear not to agree with the Board. 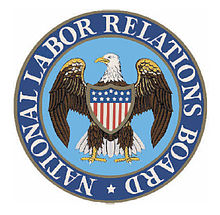 These are the relatively new targets of attack, but as you know, the Board for years has targeted overbroad non-solicitation policies, no-distribution policies, and some uniform-only policies. Solicitation deals with seeking support of a cause. Distribution deals with passing out some form of communication – typically papers. Uniform-only policies would restrict wearing of hats, t-shirts, logos and buttons that might show support for a cause. The Board has special rules that apply to those types of policies.

Now, everything you’ve said applies to non-union as well as union employers, is that correct? Can you explain?

Yes, and in a way it’s worse for non-union employers. Section 7 rights apply to the many non-supervisory employees covered by the NLRA.

In theory, non-union and union employees should be treated the same. In practice however, the Board gives some deference to unions and their waivers of Section 7 rights in unionized workplaces. The Board majority may think that the union presence embodies and is enough to protect employee rights.

Also, in union workplaces, the union typically may not have to resort to the Board in order to influence employer policies and behavior in a way the union wants. But if a union or an employee in a non-union workplace wants to have a discharge reversed or a policy struck down, they may feel that they have to take the issue to the Board.

What do you recommend that employers - both union and non-union - do to minimize their chance of getting into a tangle with the NLRB about employment policies?

Most of the attention of late has been paid to handbooks and social media policies because they are typically written in broad, sweeping terms that don’t have extensive definitions or the narrowing provisions common in written agreements. Policies intended to be “broad” risk being found “overbroad” because, according to the Board majority, they potentially chill employees’ exercise of their Section 7 rights.

With that in mind, employers should, at a minimum, review their policies, rules, and agreements for obvious problems that are low-hanging fruit. Employers then are in a position to decide which ones are worth preserving, even at the risk of a potential challenge to the policy or rule in question.

In some cases, employers should be able to clarify the policy to make it clear and unambiguous, through use of examples or express disclaimers that protected activity under Section 7 is not restricted. It also may be a good idea for the policies to include a stated rationale (one which obviously does not violate Section 7), which may help to clarify the employer’s business intentions.

It seems to me, as a litigator, that the NLRB's position puts employers in somewhat of a Catch 22. If they have the policies, they run the risk of getting in trouble with the NLRB. But if they don't, they could have real problems defending themselves on unemployment claims, in front of the Equal Employment Opportunity Commission and other federal, state, and local agencies, and in employment litigation. Do you have any suggestions for how to navigate around this?

Well, it certainly is a Catch 22, but the current Board majority hasn’t given much indication that it cares about the practical implications on employers or employees. The suggestions I’ve offered are some ways to deal with the NLRB’s position, but they are no panacea. An unfair labor practice charge and Board complaint may still come, as many employers, large and small, are finding out. 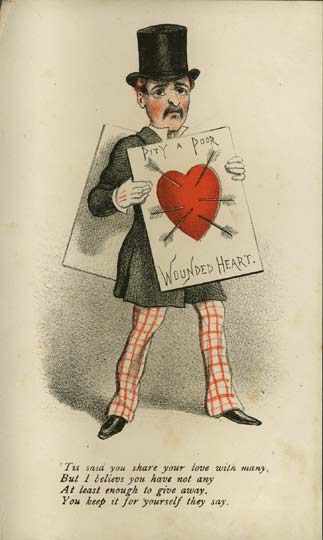 More from David about the NLRB and employer policies is available here. David, thank you so much for sharing your insights.

Thanks for having me, Robin.