Christmas won't be merry for these employers!

Oh, you better watch out! A lot of employers have been naughty. I checked the court dockets, and would you believe all of these employment lawsuits filed in the week before Christmas! 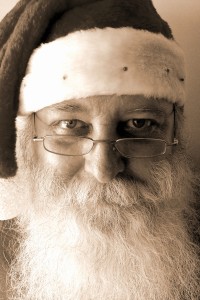 Cratchit v. Scrooge & Marley (Madison Co. (London) OH Ct. of Common Pleas). Plaintiff asserts claims against employer under Americans with Disabilities Act, contending he was harassed and discriminated against based on his association with his son, an individual with a disability. Contends ghosts of Christmases past should be included in determining whether Defendant has at least 15 employees. Seeks injunctive relief, back pay and front pay, compensatory and punitive damages, and attorneys' fees.

Elves and Elf Does 1-100 v. Santa Claus and Mrs. Claus, in their official and individual capacities (U.S. Dist. Ct., Northern District of North Pole). Putative class and collective claims under Fair Labor Standards Act ("FLSA") and the North Pole Wage and Hour Act ("NPWHA"). Plaintiffs allege that they and others similarly situated were required to perform off-clock work between Halloween and December 24, which resulted in payment below minimum wage and denial of overtime. Plaintiffs allege that this off-clock work was pursuant to employer policies issued from the highest level. Claim under FLSA for time spent in security checks at end of shift was voluntarily dismissed. Plaintiffs contend that they were also denied daily overtime and breaks, in violation of NPWHA. Suit contends that Defendants' violations were willful and seek three years of back pay, liquidated damages and attorneys' fees.

The Old Man Parker v. Employer Doe (U.S. Dist. Ct., Northern District of Indiana). Plaintiff contends that employer failed to include Major Award in computing Plaintiff's regular rate, resulting in underpayment of wages, including but not limited to overtime.

Kringle v. Macy's, et al. (U.S. Dist. Ct., Southern District of New York). Plaintiff sues corporate defendant for age and disability discrimination under New York Human Rights Law (city and state); for age discrimination under Age Discrimination in Employment Act; for disability discrimination under Americans with Disabilities Act; and for intentional and negligent infliction of emotional distress. Emotional distress claims are asserted against corporate defendant on ratification theory and against individual defendants Doris Walker and Mr. Sawyer. According to lawsuit, Defendants regarded Plaintiff as having disability and subjected him to disparate treatment because of his perceived disability and his age. Lawsuit alleges that Defendants first terminated his employment, then reinstated him, and then had him involuntarily committed to mental hospital. Seeks back pay, compensatory and punitive damages of up to $300,000 per federal claim, and compensatory and punitive damages under state law.

Griswold v. Food Additives Corp. (U.S. Dist. Ct., Northern District of Illinois). Plaintiff asserts claims for breach of implied contract, detrimental reliance, and negligent infliction of emotional distress. Lawsuit alleges that Defendant paid Plaintiff substantial cash bonus each Christmas, causing Plaintiff to reasonably rely to his detriment on implied promise that he would receive similar bonus in Christmas 1989. After plaintiff incurred substantial and irrevocable expense constructing swimming pool in his back yard in late 1989, employer wrongfully gave Plaintiff membership in Jelly of the Month Club in lieu of cash bonus, a gift with a cash value of approximately $60, causing Plaintiff to suffer pecuniary losses and emotional distress, as he suffered mental breakdown right at the holidays and in front of his family and in-laws. Seeks contractual, compensatory, and punitive damages.

Mary v. City of Bethlehem (Lehigh Co. Sup. Ct., PA). Plaintiff asserts claims under Title VII for pregnancy discrimination, failure to accommodate pregnancy or pregnancy-related condition, and failure to provide lactation accommodation. According to lawsuit, Plaintiff was unlawfully denied room at the inn. Seeks compensatory and punitive damages in full statutory amount of $300,000, plus attorneys' fees. If Plaintiff prevails, she asserts that she will donate her entire award to charity, after paying her attorney.

*David Phippen has plowed through and digested the NLRB's new "quickie election" rule (bless his heart), and he shares his wisdom in the bulletin that I've posted in full just below this post (scroll down to next post). Be sure to check out the handy election timetable, suitable for framing!

*Speaking of quickie elections, please register here for our webinar on the same subject. Labor practitioners Tim Davis, Jonathan Martin, and Dan Murphy will talk about quickie elections and also about the NLRB's new ruling on employee use of employer email systems for organizing. Thursday, January 8, from noon to 1 p.m. Eastern.

*Last but not least, be sure to go to HR4Jobs for this month's Employment Law Blog Carnival. It's a virtual Santa's sleigh full of toys and goodies!

NOTE TO OUR READERS: Because of the Christmas holiday, there will be no "Friday" blog post next week, although we may post as breaking news warrants. We'll be back Friday, January 2. We very much appreciate your support of this blog through the past year. Happy holidays to you all, and we'll see you in two weeks!