Employment law roundup: Do sexy immigrants who E-verify on Facebook cause obesity?

When are employers liable for the bad behavior of their customers? The sexual assault charges against Dominique Strauss-Kahn, former head of the International Monetary Fund, who allegedly attacked an African-immigrant maid in his hotel room in New York City, have spurred some interesting discussion about female employees in the restaurant and hospitality industry, and their exposure to sexual harassment. 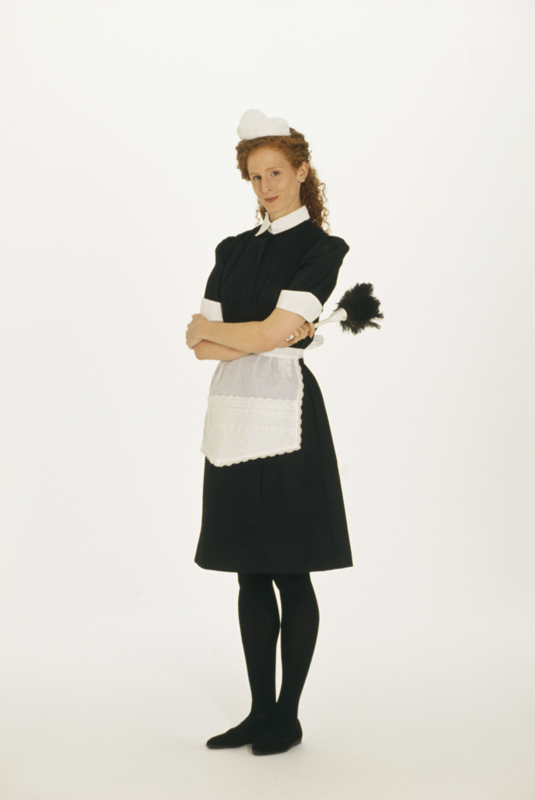 According to some commentary, women in these industries -- particularly housekeeping staff and waitresses -- are seen as "fair game" by certain guests and patrons. The fact that many of the women are also immigrants may make them even more vulnerable to such behavior.

I have to admit I have a personal bias. I believe it. I was a waitress a very long time ago (when sexual harassment was still legal -- does that date me, or what?), and I do remember getting a lot of comments from male customers that I never got in any other job before or after.

Anyway, employers in these industries and others should be aware that they can, under certain circumstances, be liable if their customers harass their employees.

A bit of history/nostalgia: In 1976, our nation celebrated its Bicentennial. It was a big deal -- even Mickey Mouse, Donald Duck and Goofy, and Kiss, got into the act. Around that time, the owner of an office building in New York City (what is it with that town, anyway? Kidding!) decided that it would be a good idea to require female employees to wear a "Bicentennial costume," consisting of an American-flag poncho with big gaps in the sides and nothing under it except undies, hot pants, and sheer pantyhose. The plaintiff, who was a lobby attendant and had not intended to become a worker in the sex industry, complained that the immodest costume caused her to be hit upon. She was eventually fired for refusing to wear it.

(Imagine being scantily-clad against your will in an elevator with some newly-separated middle-aged lecher in aviator glasses and a leisure suit who's just discovered the sexual revolution. And no concealed-carry laws back in those days, either. What a nightmare.)

Anyway, the EEOC sued, and won. The case is a landmark, in part because the court found that even though the sexual harassment was by visitors and tenants, and not the employer, the employer was liable for forcing the women to dress in a way that invited harassing behavior.

You may be thinking, Well, then, why don't we ever hear about waitresses at a business like Hooters suing for sexual harassment? The difference, I think, is the nature of the business and the reasonable expectations of female employees when they go to work. If you choose to work at a place called "Hooters," presumably (WARNING: LINK CONTAINS CONTENT THAT SOME MAY FIND OBJECTIONABLE) you know what you're getting into and assume some amount of risk. This is not to say that a "Hooters Girl" couldn't have a valid claim of sexual harassment, but she is probably not going to be able to assert a claim based only suggestive comments or propositions by customers, or even a pat or two.

By contrast, in the "Bicentennial" case, and in most housekeeping and waitressing jobs, the women are not knowingly taking jobs in an industry in which sex is the "product."

I have not seen any indication that the hotel where Mr. Strauss-Kahn was staying should be liable for his alleged behavior. But employers in the retail and hospitality industries should make sure that they have processes in place to deal with customer harassment, whether it's on the basis of sex, or race, or national origin, or any protected category. Employees should know to report inappropriate behavior by customers and that such behavior will not be tolerated.

State laws requiring E-verify are legal, says Supreme Court.  A 5-3 majority of the Supreme Court upheld yesterday the Legal Arizona Workers Act, which requires employers to use E-verify and allows the state to revoke the licenses of businesses that knowingly hire illegal workers. The plaintiffs, who included the U.S. Chamber of Commerce and immigrants' rights groups, had argued that the Arizona law was preempted by the federal Immigration Reform and Control Act of 1986. Chief Justice John Roberts wrote the majority opinion, joined by Justices Samuel Alito, Anthony Kennedy, Antonin Scalia, and Clarence Thomas. The dissenters were Justices Stephen Breyer, Ruth Bader Ginsburg, and Sonia Sotomayor. Justice Elena Kagan recused herself because she had been involved in this case while she was Solicitor General.

Interestingly, the Arizona law had been enacted during the administration of Janet Napolitano, now head of the Department of Homeland Security for the Obama Administration, and upheld by the often-liberal U.S. Court of Appeals for the Ninth Circuit. Immigration politics certainly does make strange bedfellows.

Three other states -- Mississippi, South Carolina, and Utah -- have similar laws, and we can expect to see many more now that the Supreme Court has given them the thumbs up.

NLRB Facebook cases -- have they jumped the shark? The National Labor Relations Board is issuing complaints right and left against employers who have allegedly fired employees for bad-mouthing the employers on Facebook. This has prompted one commenter to ask whether these complaints are even "news" any more. The NLRB's position is that social media postings are often "protected concerted activity." Employers should certainly be aware of the risks of taking action against employees based on their social media postings and should consult with counsel before doing so. But otherwise, it probably does make sense to chill until we get some actual decisions from the Board and the courts.

Obesity, work linked. The other big story in the news this week was that sedentary jobs  . . . make you fat! An obvious point, to be sure, but wouldn't fresh air and exercise during the day be a great wellness initiative? And, does this mean that we can now collect workers' comp benefits for obesity-related diseases, like diabetes and hypertension? Te-he.