By Robin Shea on 1.25.19
Posted in Discrimination

Another chapter in a continuing saga.

I've written three times about Dale Kleber (here, here, and here), the very experienced attorney who was not considered for an entry-level job as in-house counsel with a health care company.

Mr. Kleber, who was 58 years old at the time he applied, sued the company for age discrimination after a relative youngster with much less experience was hired.

The company sought candidates with three to seven years of legal experience. Mr. Kleber wasn't even called for an interview, presumably because he far exceeded the seven-year experience "cap." The experience of the successful candidate was presumably within the range.

Mr. Kleber's strongest potential claim would have been that the employer's cap on experience had a "disparate impact" on older applicants, who would be more likely than younger applicants to have more than seven years' experience. Disparate impact occurs when an employer has a facially neutral policy or practice that disproportionately affects individuals in a particular protected group. The claim doesn't require proof of discriminatory intent.

If Mr. Kleber could prove that the employer's experience cap had a disparate impact on older applicants, he could win without having to prove that anyone at the company actually knew he was over 40 or had any particular bias against older applicants.

That is, he could, if such a claim existed in the first place. But does it?

Mr. Kleber won a preliminary victory last year, when a three-judge panel of the U.S. Court of Appeals for the Seventh Circuit ruled that it was possible for a job applicant to assert a disparate impact claim under the ADEA.

But the company asked for last year's decision to be reviewed by all of the judges on the Seventh Circuit, and on Wednesday the full court ruled 8-4 that a disparate impact claim under the ADEA is available only to employees, not to job applicants.

And because Mr. Kleber was an applicant, the court said, he has no disparate impact claim. 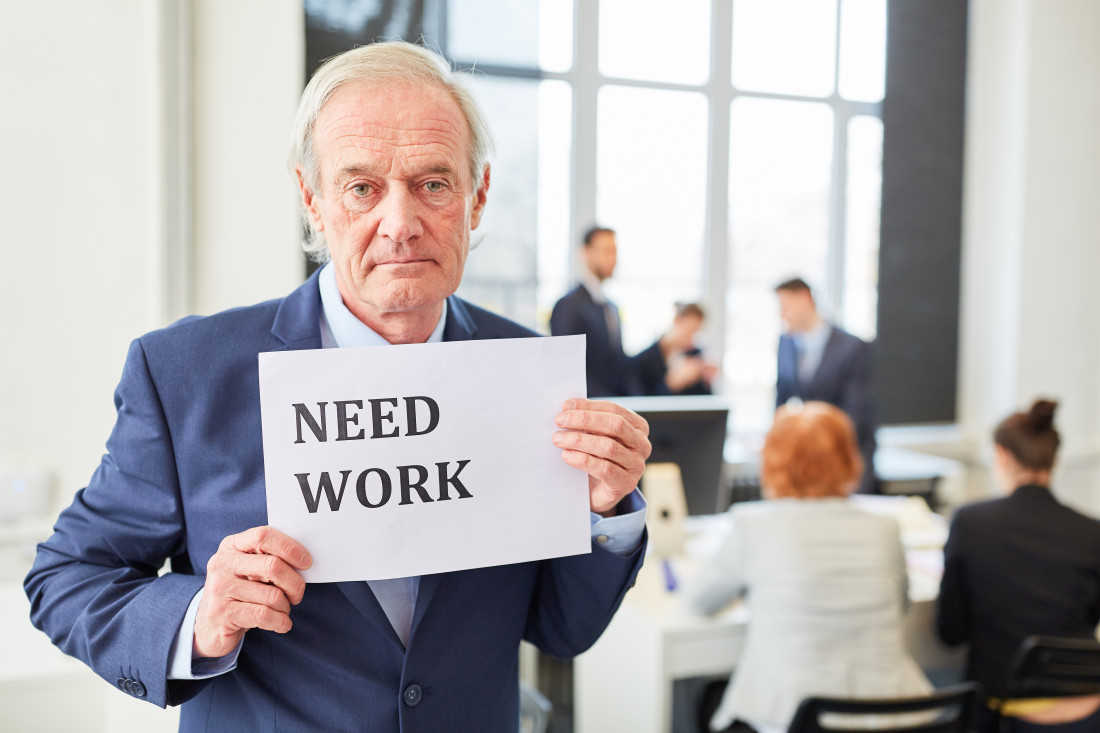 According to the court majority, the part of the ADEA that authorizes disparate impact claims is plainly limited to employees. Courts are required to follow the language of a statute when it is clear and unambiguous. Therefore, case closed.

But according to the dissenters, the language of the relevant part of the ADEA really isn't crystal clear. When a statute's language is ambiguous, the court can step in and interpret its provisions, looking at what Congress meant to say, legislative history, court decisions interpreting similar laws (like Title VII of the Civil Rights Act of 1964), logic, the purpose underlying the statute, and things like that. And when you take all of that into account, they say, it is plain that Congress did not intend to exclude applicants from the law's disparate impact protections.

Here's the language at issue. What do you think? Crystal clear, or ambiguous?

It shall be unlawful for an employer --

(2) to limit, segregate, or classify his employees in any way which would deprive or tend to deprive any individual of employment opportunities or otherwise adversely affect his status as an employee, because of such individual's age . . .

Mr. Kleber also claims that the company intentionally discriminated against him because of his age. But it may be tough for him to prove intentional discrimination if a clerical employee or an algorithm immediately culled his resume only because he had more than seven years' experience.

I wouldn't be surprised if Mr. Kleber asks the Supreme Court to review this Seventh Circuit decision, and that could be interesting. Although Justice Clarence Thomas is conservative, he is sometimes surprisingly "liberal" when it comes to the interpretation of EEO laws. (After all, he did once head the Equal Employment Opportunity Commission.)

In fact, Justice Thomas wrote the opinion in Robinson v. Shell Oil Co., in which the Court unanimously decided that Title VII protects former, as well as current, employees from retaliation. Even though Title VII doesn't say anything about former employees. Hmmm . . .