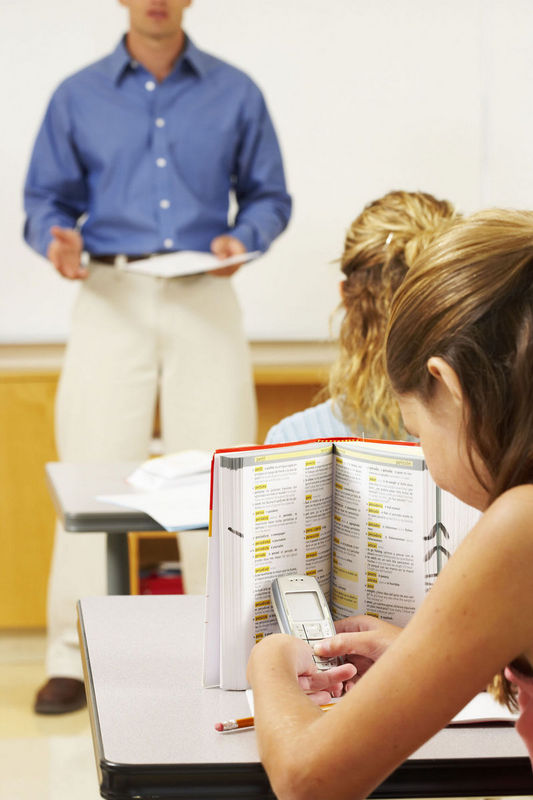 The Supreme Court of the United States (aka "SCOTUS") began its new term this past Monday, and it will be reviewing at least four employment cases, as well as two non-employment cases that will have an impact on employment litigation. (Hat tip to Bloomberg BNA. Paid subscription required.)

Here's a rundown on the cases that the Court has agreed to hear.

Do you have to have authority to hire fire, demote, or discipline to be a "supervisor" under Title VII?

In Vance v. Ball State University, the U.S. Court of Appeals for the Seventh Circuit* said you do, but other courts have disagreed. The plaintiff in Vance alleged that she was racially harassed by two people who really were supervisors, as well as another employee who may or may not have been. This last person was really important because there wasn't much evidence that the "true" supervisors had harassed her but a lot of evidence that this third person did.

*The Seventh Circuit hears appeals from federal courts in Illinois, Indiana, and Wisconsin.

*At the end of this post, I have a quick and dirty example of how this defense works, just in case you're not familiar with it.

The Seventh Circuit affirmed summary judgment for the university, in part on the ground that this one bad lady was not a "supervisor" because she did not have authority to hire, fire, demote, or discipline the plaintiff.

Can you defeat an FLSA collective action by making an offer of judgment to the only named plaintiff before the class has been certified?

(Note to class/collective action nerds: I realize I'm being sloppy by combining "class" and "collective action" terminology here, but I don't know any other way to make myself intelligible.)

Here's the story. A plaintiff sued her employer, alleging that the employer violated the Fair Labor Standards Act by deducting for meal time in which she and her co-workers were allegedly required to work. If true, this would be a no-no. The FLSA allows plaintiffs to bring lawsuits "on behalf of themselves and others similarly situated," which is what this plaintiff sought to do. This is known as a "collective action." (Class actions are a little different and are governed by different rules. That's probably all you need to know about that for now.)

After the plaintiff filed suit but before she got court approval of a collective action, the employer made what is called an "offer of judgment." This essentially means that the employer offered her everything that she could have recovered for the employer's alleged FLSA violations against her (which was $7,500).

Then the employer argued that her lawsuit should be dismissed on the ground that it was now moot, thereby also defeating many claims of all the co-workers who would otherwise have joined her collective action.

Pretty clever, huh? This is why defense lawyers get the big bucks.

A district court in Pennsylvania agreed with the defendant and dismissed the lawsuit, but the U.S. Court of Appeals for the Third Circuit* reversed, saying that this type of tactic means that a defendant could continually "pick off" named plaintiffs one by one and prevent a collective action from ever going anywhere.

Anyway, the Supremes have agreed to hear the case, and oral argument is scheduled for December 3. 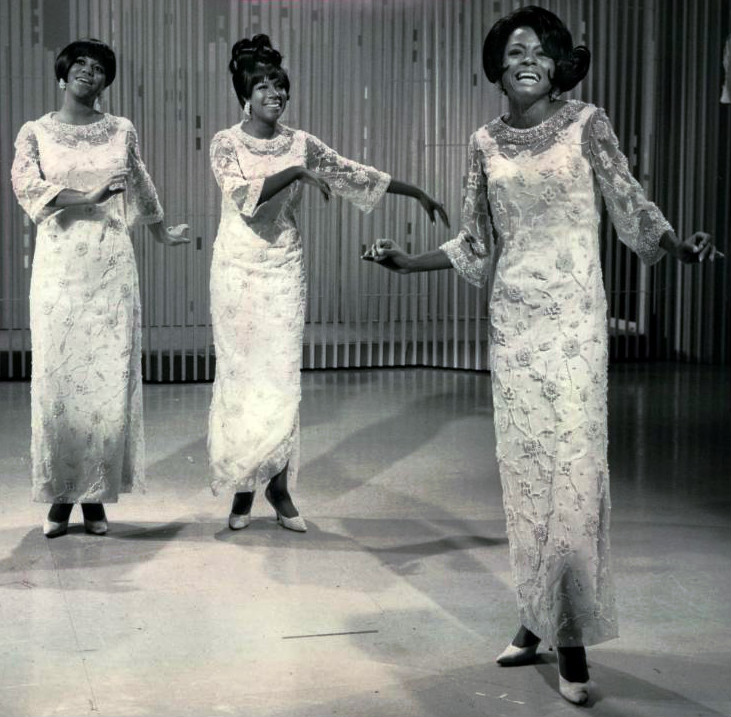 When can a benefits plan be reimbursed from a litigation settlement?

I was really hoping my friends at Employee Benefits Unplugged would post on this, and maybe they will later, but in the meantime, I'll do my best here.

An employee was in a devastating non-work-related automobile accident and received disability benefits in the amount of $66,866. He hired a lawyer and went after the driver who was at fault, and from her and various uninsured motorist policies recovered a gross amount of $110,000.

That's why plaintiffs' lawyers get the big bucks. In this case, 40 percent of the $110,000. Without ever going to court. 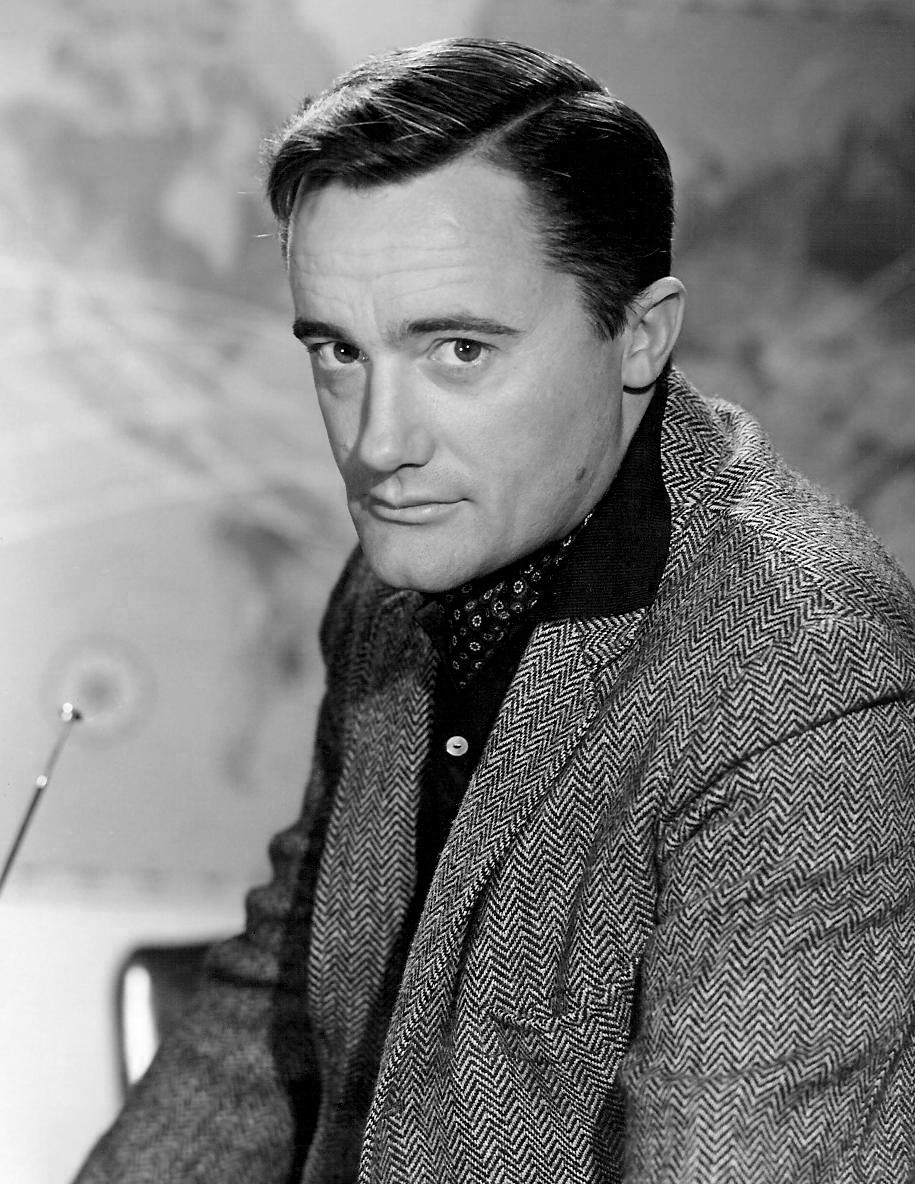 So, really, this guy got $66,000 from his litigation settlement. But the benefits plan went after him for reimbursement of the full $66,866 that it had paid out, effectively leaving him in the hole for $866. A federal district court in Pennsylvania decided that the plan was entitled to the full amount (considering the "gross" settlement) and ordered the guy to pay up.

He appealed, and the Third Circuit reversed. According to the court, the Employee Retirement Income Security Act allows a plan to recover "appropriate equitable relief." That means there may be limits on what a plan may recover, the court said. In this case, recovering more than the employee netted would not be "appropriate." Moreover, the employee got his settlement through his own efforts -- the plan did not do anything to help him. So the Third Circuit remanded for the district court to consider what equitable relief for the plan would be "appropriate."

A joint amicus brief in support of the plan has been submitted by the U.S. Chamber of Commerce, the Society for Human Resources Management, the American Benefits Council, and the ERISA Industry Committee.

The U.S. Department of Justice has also submitted an amicus brief. It does not support either side, but according to Bloomberg BNA, argued "that courts retain power under the common-fund doctrine to equitably apportion attorneys' fees, so the Third Circuit's decision should be partially affirmed."

Oral argument is scheduled for November 27.

Well, anyway, here's a link if you care.

The fourth employment case involves which court should hear the claim of discrimination and retaliation claims brought by a federal government employee. I don't think many of my readers are federal employees, so I'll just link to the Eighth Circuit* decision that the SCOTUS will hear for anyone who may be interested. Argument on this one was held this past Tuesday (October 2).

Fisher v. University of Texas. The Supreme Court will hear arguments in Fisher v. University of Texas, in which an undergraduate applicant is challenging the university's admissions standards. The student, who is white and who has since graduated from Louisiana State University, contends that the school's admissions standards violate her rights under the Equal Protection Clause of the U.S. Constitution. A three-judge panel of the U.S. Court of Appeals for the Fifth Circuit* upheld the university's use of race as a factor in selecting applicants for acceptance. The student petitioned for rehearing by the full Fifth Circuit, and nine judges voted against rehearing the case while seven voted in favor of it. Five of those seven joined in a strongly-worded written dissent from the decision not to rehear the case.

*The Fifth Circuit hears appeals from federal courts in Louisiana, Mississippi, and Texas.

The American Bar Association supports the University, as do the NAACP, the Lawyers Committee for Civil Rights Under Law, and the National Women's Law Center, and others.

The Equal Employment Advisory Council, an employers' group, has not supported either side but in its amicus brief, according to Bloomberg BNA, has "urged the court not to issue a decision that makes it more difficult for federal contractors to comply with government-mandated affirmative action requirements" or "maintain successful voluntary diversity initiatives."

Oral argument is scheduled for this Tuesday (October 10). The University of Texas School of Law has a great website with links to all of the briefs and decisions in this case, as well as any other related material you might care to read.

Comcast Corp. v. Behrend. This is an antitrust case in which the SCOTUS will decide what type of evidence must be considered in certifying a class action under Rule 23 of the Federal Rules of Civil Procedure. Comcast has challenged a Third Circuit decision affirming certification of a class of current and former cable subscribers.

What does this have to do with employment, you ask? Well, Wal-Mart v. Dukes was a sex discrimination class action brought under Title VII. (The linked article links to the actual decision.) In the summer of 2011, the Supreme Court found that the case could not proceed as a nationwide class action because there wasn't enough "commonality" among the members of the putative class. (The women were claiming discrimination in virtually all aspects of employment, and the class consisted of more than a million members. Meanwhile, Wal-Mart had a corporate policy prohibiting discrimination and delegated employment decisions to the store-management level, which meant that there were hundreds of thousands of decisionmakers.)

Since Dukes, the federal courts have been struggling the parties' burdens of proof in determining whether a putative class has sufficient "commonality" to proceed, what evidence should be considered, and what weight the evidence should be given. The Supreme Court's Comcast decision, scheduled for oral argument on November 5, is expected to provide some welcome clarification.

DON'T FORGET! If you want my quick explanation of Faragher/Ellerth (not that you need it), read on!

Let's say Susie's boss likes to tell her dirty jokes every day when she comes to work, and his behavior is unwelcome to Susie. Susie has been sexually harassed, right? Probably so.

Let's say that Susie's company has a tough no-harassment policy written in plain English, and a well-deserved reputation for being serious about addressing allegations of harassment without retaliating against the complaining employees. Moreover, Susie's company conducts annual harassment training for management and employees, and all new hires are required to go through the training before they start work.

Susie suffers in silence, despite having been through harassment training and having copies of the no-harassment policy posted all over the workplace. One day, she decides she's had enough, and she quits. Then she files an EEOC charge against the company.

Under Faragher/Ellerth, the company would be strictly liable for the supervisor's harassment unless (1) Susie didn't suffer a "tangible job detriment," like a termination, demotion, pay cut, etc.; and (1) the company could prove that it had measures in place to prevent harassment and address it when it occurred, and (2) Susie unreasonably failed to avail herself of those measures.

In this example, Susie's employer would probably not be liable for the boss's bad behavior because (1) Susie did not suffer a "tangible job detriment"; and (1) the company had a good policy and  training, and took complaints seriously and addressed them, and (2) Susie never complained about her boss's behavior to Human Resources or anyone else. In other words, she unreasonably failed to avail herself of the company's remedial measures. So the company should win this case.